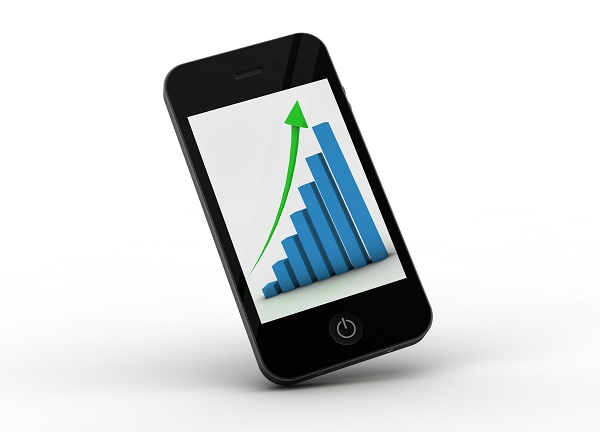 The year 2014 will offer a new killer SEO technique or two, and it’s my bet that leading the charge will be changes to the mobile SEO algorithm in Google — or, more specifically, changes to the algorithm’s sensitivity to your site render speed on a smartphone device.

If you operate in retail, then this will be particularly important to prepare for, starting today.

What Will Google Do?

Google has been cautioning webmasters since June that sites offering a poor mobile experience would eventually see ranking penalties in mobile SERPs, and Matt Cutts specifically said that a site speed ranking factor would eventually come to mobile.

A couple months later, in August, Bryan McQuade and Pierre Far posted on the Official Google Webmaster Central Blog that ideally, they would love to see all mobile sites deliver above-the-fold content in under one second:

Research shows that users’ flow is interrupted if pages take longer than one second to load. To deliver the best experience and keep the visitor engaged, our guidelines focus on rendering some content, known as the above-the-fold content, to users in one second (or less!) while the rest of the page continues to load and render in the background. The above-the-fold HTML, CSS, and JS is known as the critical rendering path.

I’ve discussed the evidence for Google’s likely support of this goal using tweaks to their ranking algorithm for smartphone searches, so I won’t go back over that argument. Instead, I’d like to look at what the practicalities are for achieving the sub-one second goal, and what the likely SEO implications would be for your mobile site.

Right now, it’s pretty much impossible for any site that has any more complexity than a single, static HTML page to be achieving a sub-second critical rendering path. Why?

It’s partly because, as Google’s Ilya Grigorik explains, it’s quite likely that your entire one-second allocation may be taken up negotiating a 3G connection and getting circa 14K of data down the line because of TCP congestion control.

On that note, a lot of what you might think is best practice for lightweight HTML and CSS design may not hold true when you start thinking about TCP negotiations and required round trips for that critical render area.

If you are already a retailer with a significant web presence (any retailer in the Fortune 500 or FTSE 100, or with a brick-and-mortar presence on a UK High Street or Main Street, USA), then you quite likely have a significant technical legacy investment already. Changing the course of that ship without hitting an iceberg (read: letting your server requests knock your site DB over during the Christmas season) is more than hard — it’s often impossible.

So how do you approach the problem, and what’s the likely reward in SEO terms?

And by early, sadly, I mean technical SEOs will need to lay foundations today to make the most of their mobile SEO boost next Christmas.

Step 1: Get your head around constraints involved in serving a site to a mobile device via telecom networks, whether that be 3G or 4G.

Latency and bandwidth are core, as is consideration to asset-rendering implications. For example, putting all your CSS in one file might seem like best practice for a compact, fast loading site, but if it makes the file bigger than 14k and anything in it is needed in your critical render path, then you’re looking at multiple round trips, which blows your one-second budget.

Step 2: Sketch out your solution. There are a range of valid schools of thought here, but I personally favour the build up from mobile approach (aka responsive design) and recommend taking a look at Zurb’s Foundation framework.

Step 3: Get it scheduled. Yesterday.

So what are you waiting for?

Opinions expressed in the article are those of the guest author and not necessarily Search Engine Land.