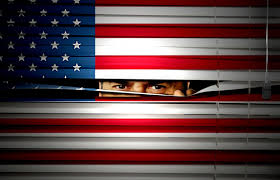 WASHINGTON – Microsoft said Friday it received more than 37,000 government requests for information in the first half of 2013 — excluding any national security requests.

“The report details the number of requests for data we received from law enforcement agencies around the world, and how Microsoft responds to those requests. It covers requests for data relating to all of Microsoft’s online and cloud services, including Skype,” the company said on its website.

The company said it provided “non-content data” — usually names or basic subscriber information — in 77% of requests, and nothing in some 21%.

In 2.19% of the cases, the company turned over “customer content,” with more than 90% of these in the United States.

The report comes with U.S. tech companies under pressure following revelations of a secret government program which scoops up vast amounts of data from Internet firms.

Tech firms including Microsoft. Google and Facebook have been seeking to release more information on government data requests, in the belief that this would reassure customers.

In June, Microsoft said that for the six months ended Dec. 31, 2012, it received between 6,000 and 7,000 criminal and national security warrants, subpoenas and orders affecting between 31,000 and 32,000 consumer accounts from U.S. government entities.

It said it was permitted to publish data on national security orders “only if aggregated with law enforcement requests from all other U.S. local, state and federal law enforcement agencies” and reported in a range, without specific numbers.

In Friday’s report, Microsoft said it received 7,014 requests from U.S. law enforcement along with 978 for its Skype messaging division.