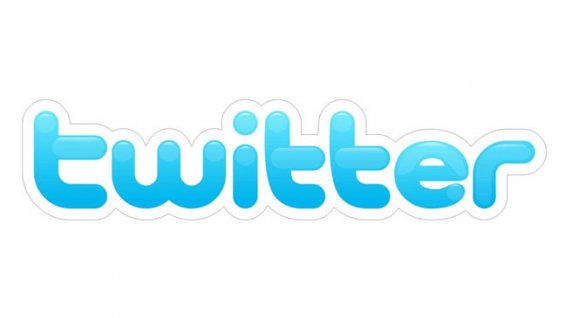 The market responded positively to Twitter’s recent product upgrade to allow photo sharing via Direct Message. In many ways, Twitter’s move into messaging moves it in line with popular platforms like WhatsApp, Kik and Line and further broadens their monetization opportunities.

But the biggest product update from Twitter last week may have been something less sexy than photo-sharing selfies. Last week, TechCrunch reported Twitter’s deal with Switzerland-based mobile software company Myriad Group to provide logged-out Twitter access via USSD. By using USSD or Unstructured Supplementary Service Data, Twitter has access to millions of GSM phones in the developing market. Twitter already has a commanding presence internationally with untapped monetization potential and this is a positive move towards unlocking that user base. What do we mean by potential?

To truly understand the hidden value of Twitter, you need to see where people tweet. An overwhelming 77% of Twitter users reside outside the United States, but account for only 25% of revenue. Without diving into the numbers, an alarmist could say Twitter has an international problem. If you look more closely though, you can see a growing revenue opportunity for Twitter.

Looking at only Twitter’s Monthly Active Users (MAUs), you can see as Twitter has grown, its percentage of International MAUs has also grown.

However, if you compare this to Twitter’s timeline views, the story is slightly different. A Timeline view is how Twitter measures engagement and at the moment, the primary mechanism for monetization. While Twitter international Timeline views still overwhelm their US domestic equivalent, their Timeline engagement lags International MAUs: 72.8% engagement vs. 77.2% user base in Q3 2013. In other words, US Twitter users are more engaged than their international counterparts, and thus, more monetizable.

How much more monetizable? Looking at the ARPU for Twitter US vs. Twitter International, you can see a closing delta between the two geographic zones. The International ARPU is growing at a 22% quarterly growth rate, compared to the US at 7%. While it’s unlikely the International ARPU will close the sizable $ 2.22 ARPU gap anytime soon, there is an opportunity for greater revenue expansion internationally.

On a macro level, Twitter’s international users can make up this delta quickly. Across all economic indicators, we see faster growth rates from mobile adoption to GDP to population. Even if Twitter did nothing else, their international users will “catch up” to their US counterparts from solely these macro trends.

Lucky for Twitter, they’re not the first social network to crack the code for international monetization. Their neighbor down Highway 101, Facebook, has been monetizing their international users at a fairly successful clip for a number of years. Like Twitter, Facebook has a sizeable international audience. Since Facebook calculates their geographic MAUs differently, we will be looking at their US & Canada users compared to International.

Of Facebook’s 1.2 billion members, 83% reside outside the US & Canada. Compared to Twitter’s 77%, you would think Facebook would have a similar monetization problem.

Looking at the numbers, that is certainly not the case. 53% of Facebook’s revenue comes from their international user base, compared to Twitter’s 25%. What is driving Facebook’s international revenue growth?

Unlike Twitter, Facebook has been effectively monetizing their international users going back 11 quarters to Q4 2010. For a relatively mature product, Facebook’s growing ARPU in the US & Canada is commendable, from $ 2.77 in Q4 2010 to $ 4.85 in Q3 2013. It’s currently growing at 5.2% per quarter. However, if you look at their international numbers, it is a little more disappointing. Facebook ARPU in Europe is growing at 4.2% per quarter, Asia at 5.3% and Rest of World at 6.7%. With a $ 4.18 ARPU delta between US & Canada vs. Rest of World, one would expect a faster growth rate for the ROW Facebook users. Still, Facebook ARPU is still much higher than Twitter, which checks in at $ 2.58 in the US and $ 0.36 overseas. What is Facebook doing differently that sees higher monetization leverage?

Secondly, Facebook still has a significant leg-up on Twitter regarding user data. While Twitter has arguably a stronger interest graph than Facebook, Facebook still owns the social graph and stores far more biographic information about its users than Twitter by design. This means Facebook can and does provide very detailed targeting for advertisers in a self-serve platform. Since Twitter’s simple UI precludes it from competing on the social graph, Twitter will likely have to double-down on creating more tools to monetize the interest graph. Fortunately for marketers and investors, Twitter is not sitting idly post-IPO.

Since the IPO, Twitter has made key product announcements and partnerships that have strong international implications.

We are still very early in Twitter’s monetization. Twitter only began generating minimal revenue in 2009. Comparatively, Facebook was generating $ 777 million in revenue that year. Earlier this year, Twitter introduced Twitter Cards to expand on their 140-character limit, but more importantly, to allow for lead-generation opportunities. In their IPO filing, Twitter plans to expand their self-service advertising platform to countries outside the US. With so many irons in the fire, I anticipate Twitter’s ARPU to increase materially closer to Facebook’s, particularly internationally.

Note: I don’t own any Twitter stock but I do have friends who work at Twitter so if the stock keeps going up, I can get more free drinks from them.

I’m CEO and co-founder of ShareBloc. ShareBloc is building a community of like-minded professionals who share, curate and discuss business content that matters to them.

In my prior lives, I worked in investment banking, venture capital, and ran the online research platform for the leading cleantech market research firm.

Would you like to contribute to this site? Get started »