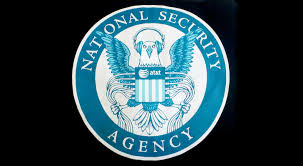 The super secret NSA Utah Data Center is suffering from a number of massive electrical jolts which, in turn, have melted hundreds of thousands of dollars of equipment. According to a WSJ report, the explosions, called “arc failures” are like “lightning” inside a computer case.

The systems, built in part by firms KlingStubbins, Balfour Beatty Construction, DPR Construction and Big-D Construction Corp, are integral to the NSA’s ability to scan satellite and Internet traffic. Apparently these arc failures have hit 10 times in the last 13 months.

“The failures that occurred during testing have been mitigated,” said an NSA spokesperson. “A project of this magnitude requires stringent management, oversight, and testing before the government accepts any building.”

The center uses 65 megawatts of electricity or about as much needed to power 65,000 homes at a cost of $ 1 million per month.

The data center first came to light in a Wired article detailing the growth of the center under the Wasatch Range near Bluffdale, Utah. In this secretive enclave the NSA had set up a number of systems for the scanning, interception, and analysis of data including “all forms of communication, including the complete contents of private emails, cell phone calls, and internet searches, as well as all types of personal data trails—parking receipts, travel itineraries, bookstore purchases, and other digital ‘pocket litter.’”

According to Reuters, in April 2013 an NSA spokesperson said, “Many unfounded allegations have been made about the planned activities of the Utah Data Center, … one of the biggest misconceptions about NSA is that we are unlawfully listening in on, or reading emails of, US citizens. This is simply not the case.”