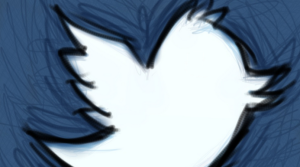 According to its S-1 filing, Twitter has sold its “Promoted Products” services in more than 20 countries. That implies that Twitter is able to monetize its service in more than its home market. Users around the world are therefore valuable to the company, and not merely to its usage statistics.

International revenue is a growing percentage of its top line, growing from 17 percent of total incomes in 2012, to 25% in the first half of 2013. This is healthy for the firm, underlining that it retain revenue growth potential despite becoming an established company.

Twitter, like Facebook, generates much of its revenue from mobile usage of its social product. The company, however, is direct that while mobile is currently a strength for it, rival services that are also strong on mobile could slow its growth in usage, and revenue.

Here’s Twitter’s S-1 name-checking a number of services that could harm its growth:

[I]creased competition from local websites, mobile applications and services that provide real-time communications, such as Sina Weibo in China, LINE in Japan and Kakao in South Korea, which have expanded and may continue to expand their geographic footprint;

If those services were to expand to as many markets as Twitter, they could lower Twitter’s usage, and therefore its ability to sell advertisements. Twitter plans on selling advertisements in more countries in the future it states, but if Line and its ilk slow its roll-out, Twitter could find its revenue growth on hold.

Twitter is already a mobile company, and it is quickly becoming an international firm. Given strong smartphone penetration in Asia, this is not surprising. But in the markets where it could see the most potential, Twitter will also face the stiffest winds.