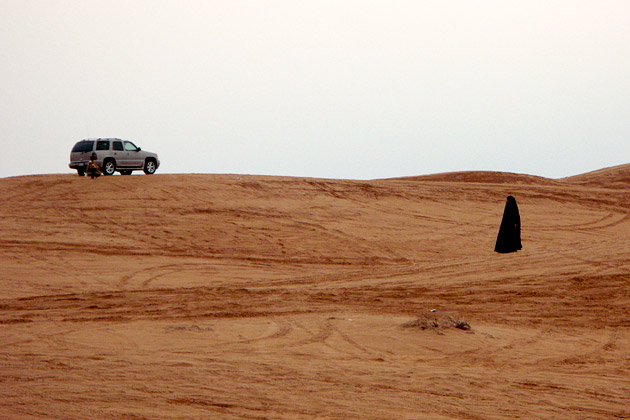 As German Chancellor Angela Merkel basks in the glow of reelection and Hillary Clinton ponders another run for the presidency in 2016, it’s worth remembering how far much of the rest of the world is from gender equity. Last week, a respected cleric in Saudi Arabia responded to a countrywide petition effort by women demanding the right to drive a car by suggesting that getting behind the wheel could damage their ovaries.

The good news is that such examples of misogyny are becoming a little less common—especially in terms of legal discrimination. There’s hope that the time is not far off when the obscene anachronism that is Saudi Arabia’s policy toward women evokes the same international disgust—and international response—that led to global shaming and sanctions against South Africa’s apartheid regime.

The World Bank’s survey of Women, Business and the Law reports that almost 90 percent of the world’s countries still have at least one legal difference restricting women’s opportunities in 2014. And some countries see draconian limits on the freedom of women. Nine states including Malaysia, Syria, and the West Bank restrict women’s movement outside the home. Fifteen economies including Bolivia, Cameroon, Jordan, and Sudan allow husbands to prevent their wives from accepting jobs. Nearly 30 economies, including Indonesia and the Philippines, still designate husbands head of household with power over decisions like where to live or getting official documents. And 79 different economies restrict the type of jobs women can do just on the grounds of their sex. In Russia, for example, women are barred from working as freight train conductors, sailors, woodworkers, high antenna installers, or drivers of loading machines.

Beyond legal discrimination is more widespread practical discrimination. Violence toward women starts early and is repeated hideously often. Sex-selective abortion is replacing infant neglect as the tool of choice among families across the globe who want girls not boys, with somewhere between 4 million and 12 million sex-selective abortions performed in India alone over the past three decades. Some 125 million women worldwide have been subject to genital mutilation. And domestic violence toward women (PDF) remains by far the most widespread form of violence worldwide.

At the same time, the opportunities for the next generation of girls might be a little better than for the last one. The World Bank’s survey suggests that for the measures where historical data are available, more than half of the restrictions on women’s activities that were in place in 1960 were removed by 2010. For example, in 1988, Brazil repealed legislation designating the husband as sole legal representative of the family. In the same year, South Africa stopped treating women in customary marriages as legal minors under the guardianship of their husbands. And seven years earlier, Spain lifted requirements that married women had to have their husband’s permission to start judicial proceedings.

And that reflects changing attitudes worldwide. For example, out of the 31 countries included in the two World Values Survey waves in the late 1990s and 2006-2009, 26 countries saw a declining proportion of respondents answering that men made better political leaders than women. The proportion dropped from 31 percent to 25 percent in the U.S., from 44 percent to 28 percent in Mexico, and from 47 percent to 32 percent in Brazil. The number of women in parliaments worldwide, and the ratio of girls to boys in school, has never been higher—suggesting more people are willing to vote for women and more parents are willing to send their girls to school.

It’s worth noting that China’s attitudes changed very slowly—with a majority still agreeing with the statement in the second survey round—while India actually saw a reversal in attitudes. Signs of progress in Saudi Arabia are even harder to spot. The country did allow women to vote in local elections this year (the only type of elections the inherited autocracy permits), but women still aren’t allowed to drive to the polls, or anywhere else for that matter. Two women were recently given a 10-month prison sentence because they had taken a food parcel to the house of someone they thought was in an abusive relationship. Apparently this amounted to the illegal act of “incitement of a wife to defy the authority of her husband.”

The World Bank’s analysis suggests that greater gender parity in legal rights is associated with greater female participation in the labor force, greater ownership of firms, and greater income equality. But the real argument for gender parity isn’t instrumental—it’s a moral issue. It’s hard to see why gross discrimination on the basis of sex should have any more international legitimacy than discrimination based on skin color. By that standard, there’s no reason why the policies practiced by Saudi Arabia toward women should be any more tolerable than the policies used by apartheid-era South Africa to keep whites privileged over blacks.

That oil-rich Saudi Arabia will face the same sanctions and global opprobrium which South Africa suffered in the 1980s may seem unlikely today. But the evolution in global attitudes toward women’s rights suggests that gender discrimination is fast becoming unacceptable. The men who rule Saudi Arabia and countries like it would be wise to change their policies toward their female citizens, before change is forced on them.

Kenny is a fellow at the Center for Global Development and the New America Foundation.